The Podcast Marketing Strategy Behind Entrepreneurs on Fire

Get our free guide and know what are the 5 must things that your website needs!

Twenty years ago, hardly anyone could have guessed how fast the technology will evolve. Along with it came the internet, where now millions of people search, send messages and share information all at once.

If you Google how many searches take place, the numbers will surprise you.

Roughly half of the world's population or 3,8 billion people use the internet every day, which is a staggering increase in the last seven years.

Especially if we take into consideration that by the end of 2010, the number of internet users reached 1,9 billion.

Why is it important and how does it affect Google searches?

Well, since more people spend their precious minutes in front of computers or smartphones, and almost everyone you know uses Google to search for something, Google search figures go up each day.

Can this amount of queries become too big of a bite for the giant?

Luckily, the infrastructure needed for handling the load gets an almost daily upgrade.

Plus, with computer science constantly advancing and hundreds of people working to refine it, we're safe to say Google's search engine servers can manage all of the search engine queries.

But, the main question is how many searches will Google process per day in 2020. Where to Get the Exact Numbers?

In 2010, Google published an article where they stated that before launching Google Instant (a feature which they removed in 2017), the Search Engine was serving more than a billion searches per day.

It translates to around 365 billion searches per year. We can only assume the numbers in the year that followed because Google was quiet about the data.

So, up until 2012, there wasn't an exact estimate from the company.

Although Google Trends took on the role of Google Zeitgeist after 2008, we can still access its archive dating back to 2001: Let's summarize the mentioned stats for Google searches per day:

Current Data and the Difficulty to Get the Right Figures

Google is stingy with certain information and never provided stats for the years after 2012, but has said it handles "trillions" of searches per year worldwide in 2016.

We can guess that "trillions" means at least a few trillions or at least 5 billion searches per day.

Can the search engine numbers be even bigger than that?

For all we care, the figures can easily climb up to a quadrillion per year. (No need to Google it, it's a huge number).

Therefore, we could witness more than 2 trillion Google searches per day in 2020.Nevertheless, it's an excessive estimate, and the trillions mentioned above are more likely 1-2 trillions per year or 6+ billion daily searches.

As for the current stats, Internet Live Stats' live map is an excellent source for making the assumptions.

Apart from showing how many tonnes of CO2 emissions we released today from the Internet, Internet Live Stats claims there's around 5,5 billion Google searches per day or more than 63,000 search queries per second as you're reading this.

How Many Google Searches per Day 2020 Brings?

Even though the search estimates vary throughout different reports, it is evident that Google handles quite a lot of searches at the moment.

Nevertheless, some of the search stats for the desktop version of the search engine showed the decline in monthly reports after 2012.

If you ask us, the difference in search drop for desktop has almost certainly been replaced with mobile search.

As more people are getting access to the internet, we will surely see an increase in the number of daily searches in 2020. There may be 7 billion, or even 10 billion Google searches per day, but best to take this information with a grain of salt as we will witness the true figures in time.

With an average net share of 74.54% among the use of search engines throughout 2017 according to Net Market Share, Google is undoubtedly the market leader. This shouldn’t come as a surprise, considering that it holds the most market share month on month.

You might want to take a look at Google ranking factors as well!

As for mobile search, Google also dominates at more than 90% the market share.

If you are to break the numbers down to get a clear view of what the percentage covers, check the facts listed below.

Dominating the world of internet search, Google is definitely the market leader. But because the numbers can change in minutes or seconds, it is best not to ignore other search engines. In August 2017, for example, Baidu’s share rose to 14.69% as Google’s slowly decreased. Traffic on Quora takes up a lot of the search traffic in Google too.

Keep an eye out for updated information. 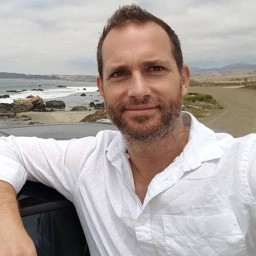 The Podcast Marketing Strategy Behind Entrepreneurs on Fire

What are the critical components of a well-performing website?

What things? Find out in our FREE guide!